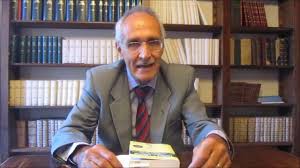 In 2009, won the “Oscar” award by “Il Riformista” for best Member of the Parliament of the year; in 2007 he was granted an APE (Association for Economic Progress) Award for the best idea of the year for co-drafting with Professor Bernardo Mattarella a bill aimed at best practices in the evaluation and transparency of the public administrations. In the same year Pietro won Ezio Tarantelli Award by “Club dell’Economia”, due to his action to ensure accurate and reliable evaluation of the efficiency of public bodies.

As mentioned above, in 2006 was honoured by the President of Italy Republic, Carlo Azeglio Ciampi for being an eminent scholar and editorialist.

In 2004, was awarded the National Manpower GIDP World of Work Prize “for his high contribution to the critical interpretation of our labour legislation, and for newly conveying rational meaning to those issues, meeting sensibly both enterprise and labour needs”.