As you will be aware, the result of the EU Referendum is now known – the UK has decided to leave the European Union.
Our priority right now is to come together across the King’s community to provide support for staff and students who are affected in different ways by this national decision. King’s remains totally committed to global interactions in research and education and, where possible, increasing close academic relationships with other European nations. 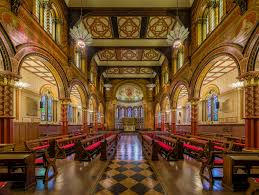 We are also completely committed to working with other universities and with national bodies to do all we can to ensure continued interaction with Europe as fully as possible in the challenging times ahead.

Please be assured that, barring unilateral action from the UK Government, the vote to leave the European Union does not mean there will be any immediate change to King’s, or to other UK universities’, participation in EU programs
such as Horizon 2020 and Erasmus+, nor to the immigration status of current and prospective EU students and staff.
Article 50 of the Lisbon Treaty foresees a two-year negotiation process between the UK and other Member States, during which time the terms of the UK’s exit from the European Union will be decided.

We have also heard that the Prime Minister has announced he will leave office by October and that a new Prime Minister and Cabinet will lead the country through the negotiations period. We will continue to keep you updated as and when we learn more”.