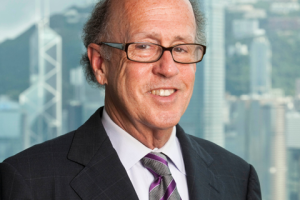 NEW HAVEN – While seemingly elegant in theory, globalization suffers in practice. That is the lesson of Brexit and of the rise of Donald Trump in the United States. And it also underpins the increasingly virulent anti-China backlash now sweeping the world. Those who worship at the altar of free trade – including me – must come to grips with this glaring disconnect.

Truth be known, there is no rigorous theory of globalization. The best that economists can offer is David Ricardo’s early nineteenth-century framework: if a country simply produces in accordance with its comparative advantage (in terms of resource endowments and workers’ skills), presto, it will gain through increased cross-border trade. Trade liberalization – the elixir of globalization – promises benefits for all.

Overcoming the Poisonous Politics of Protectionism

That promise arguably holds in the long run, but a far tougher reality check invariably occurs in the short run. Brexit – the United Kingdom’s withdrawal from the European Union – is just the latest case in point.

Voters in the UK objected to several of the key premises of regional integration: free labor mobility and seemingly open-ended immigration, regulation by supranational authorities in Brussels, and currency union (which has serious flaws, such as the lack of a fiscal transfer mechanism among member states). Economic integration and globalization are not exactly the same thing, but they rest on the same Ricardian principles of trade liberalization – principles that are falling on deaf ears in the political arena.

In the US, Trump’s ascendancy and the political traction gained by Senator Bernie Sanders’s primary campaign reflect many of the same sentiments that led to Brexit. From immigration to trade liberalization, economic pressures on a beleaguered middle class contradict the core promises of globalization.

As is often the case – and particularly in a presidential election year – America’s politicians resort to the blame game in confronting these tough issues. Trump has singled out China and Mexico, and Sanders’s opposition to the Trans-Pacific Partnership – the proposed trade deal between the US and 11 Pacific Rim countries – has pushed Hillary Clinton, the Democratic Party’s nominee, to adopt a similar stance.

In short, globalization has lost its political support – unsurprising in a world that bears little resemblance to the one inhabited by Ricardo two centuries ago. Ricardo’s arguments, couched in terms of England’s and Portugal’s comparative advantages in cloth and wine, respectively, hardly seem relevant for today’s hyper-connected, knowledge-based world. The Nobel laureate Paul Samuelson, who led the way in translating Ricardian foundations into modern economics, reached a similar conclusion late in his life, when he pointed out how a disruptive low-wage technology imitator like China could turn the theory of comparative advantage inside out.

Nor is it just a problem with an antiquated theory. Recent trends in global trade are also flashing warning signs. According to the International Monetary Fund, annual growth in the volume of world trade has averaged just 3% over the 2009-2016 period – half the 6% rate from 1980 to 2008. This reflects not only the Great Recession, but also an unusually anemic recovery. With world trade shifting to a decidedly lower trajectory, political resistance to globalization has only intensified.

Of course, this isn’t the first time that globalization has run into trouble. Globalization 1.0 – the surge in global trade and international capital flows that occurred in the late nineteenth and early twentieth centuries – met its demise between World War I and the Great Depression. Global trade fell by some 60% from 1929 to 1932, as major economies turned inward and embraced protectionist trade policies, such as America’s infamous Smoot-Hawley Tariff Act of 1930.

But the stakes may be greater if today’s more powerful globalization were to meet a similar fate. In contrast to Globalization 1.0, which was largely confined to the cross-border exchange of tangible (manufactured) goods, the scope of Globalization 2.0 is far broader, including growing trade in many so-called intangibles – once nontradable services.

Similarly, the means of Globalization 2.0 are far more sophisticated than those of its antecedent. The connectivity of Globalization 1.0 occurred via ships and eventually railroads and motor vehicles. Today, these transportation systems are far more advanced – augmented by the Internet and its enhancement of global supply chains. The Internet has also enabled instantaneous cross-border dissemination of knowledge-based services such as software programming, engineering and design, medical screening, and accounting, legal, and consulting work.

The sharpest contrast between the two waves of globalization is in the speed of technology absorption and disruption. New information technologies have been adopted at an unusually rapid rate. It took only five years for 50 million US households to begin surfing the Internet, whereas it took 38 years for a similar number to gain access to radios.

Sadly, the economics profession has failed to grasp the inherent problems with globalization. In fixating on an antiquated theory, they have all but ignored the here and now of a mounting worker backlash. Yet the breadth and speed of Globalization 2.0 demand new approaches to cushion the blows of this disruption.

Unfortunately, safety-net programs to help trade-displaced or trade-pressured workers are just as obsolete as theories of comparative advantage. America’s Trade Adjustment Assistance (TAA) program, for example, was enacted in 1962 for the manufacturing-based economy of yesteryear. According to a report published by the Peterson Institute, only two million US workers have benefited from TAA since 1974.

As history cautions, the alternative – whether it is Brexit or America’s new isolationism – is an accident waiting to happen. It is up to those of us who defend free trade and globalization to prevent that, by offering concrete solutions that address the very real problems that now afflict so many workers.