WHY HAS ITALY BEEN SPARED MASS TERROR ATTACKS IN RECENT YEARS?

Why has Italy been spared mass terror attacks in recent years? | World news | The Guardian

Each time Youssef Zaghba landed in Bologna, there was someone waiting for him as he got off the plane. It was no secret in Italy that the 22-year-old Moroccan-born Italian, identified as one of three terrorists behind the London Bridge attack, was under close surveillance.

“They would talk to him at the airport. Then, during his stay, police officers would come a couple of times a day to check on him,” his mother, Valeria Collina, said in an interview with the Guardian. “They were friendly to Youssef. They would say: ‘Hey son, tell me what you have been doing. What are you doing? How are you?’”

In the weeks since the attack, Zaghba’s role has shone a light on the differences between how terror suspects are handled in Italy and the UK. Upon his arrival in London, Zaghba’s mother said, he was never once stopped at the airport or interrogated, even though Italian officials had warned British counterparts that he was a threat.

Franco Gabrielli, Italy’s chief of police, has said of Italy’s efforts to alert the UK: “Our conscience is clear.” Scotland Yard, in turn, has said Zaghba “was not a police or MI5 subject of interest”. 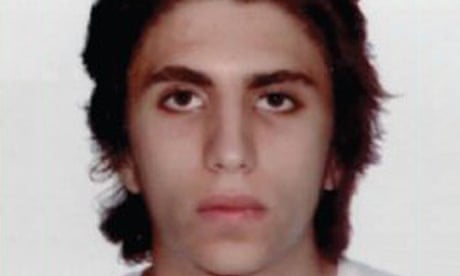 Bologna prosecutor says he saw report sent to London about terrorist and that in Italy ‘we never let him out of our sight’.
Italy has suffered from its share of political violence in recent decades, including the murder of two prominent anti-mafia judges in the 1990s. But unlike almost all of its big European neighbours, it has not witnessed a major terrorist attack since the 1980s.

Is Italy just lucky? Have the country’s counter-terrorism policies – born out of years of anti-mafia policing and intelligence work and a decade of bloody political violence in the 1970s – given Italian officials an edge in the age of Isis? Or are there other factors at play?

“The main difference is Italy doesn’t have a big population of second-generation immigrants that have been radicalised or could potentially be radicalised,” said Francesca Galli, an assistant professor at Maastricht University and an expert in counter-terrorism policies.

It took about 20 people to watch a terror suspect full-time, Galli said. Naturally, the abundance of resources required to closely monitor anyone becomes more challenging if there are more suspects to watch.

Two recent incidents – the case of Zaghba, and another, non-fatal terror incident in Milan in which a soldier and police officer were stabbed by an Italian whose father was north African – point to a potential shift in the threat profile in Italy. But Galli said that generally speaking Italian police and counter-terrorism forces did not have to deal with a huge number of people who were potentially at risk of radicalisation, unlike France, Belgium and the UK.

That is not to say that Italy has escaped terrorist activity. Anis Amri, the Tunisian who attacked a Berlin Christmas market last year and was shot by police in the outskirts of Milan, was believed to have been radicalised in a prison in Sicily. Mohamed Lahouaiej-Bouhlel, the Tunisian behind the deadly attack in Nice last year, was identified by Italian police as having spent time in the border town of Ventimiglia.

Some experts say Italy has been able to combat the threat of Isis domestically by mastering legal and policing tools developed through years of experience in mafia investigations, which in turn were born out of the so-called “years of lead” – the period between the late 1960s and early 1980s marked by acts of political terrorism by left- and rightwing militants. 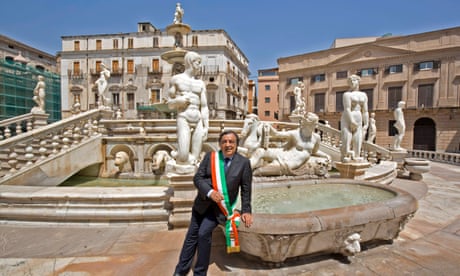 He fought the mafia and won. Now this mayor is taking on Europe over migrants

Leoluca Orlando is a legend in Italy for taking on Palermo’s mafiosi, but today he’s fighting for migrants to freely enter EU states
According to figures released by the Italian interior ministry, counter-terrorism authorities stopped and questioned 160,593 people between March 2016 to March 2017. They stopped and interrogated about 34,000 at airports and arrested about 550 suspected terrorists, and 38 have been sentenced on terrorism charges. More than 500 websites have been shut down and nearly half a million have been monitored.

Giampiero Massolo, who served as the director of Italian intelligence from 2012 to 2016, said there was not a particular “Italian way” to combat terrorism.

“We learned a very harsh lesson during our terrorism years,” he said. “From that we drew the experience of how important it is to maintain a constant dialogue at the operating level between intelligence and law enforcement forces. In fact, prevention is key to try to be effective in counter-terrorism.”

He added: “Another feature is to have a good control of the territory. From this point of view, the absence of [French] banlieues-like spots in Italian major cities, and …[the predominance] of small and medium towns makes it easier to monitor the situation.”

There are also more specific practices. Arturo Varvelli, a senior research fellow and terrorism expert at the thinktank Ispi, said the lack of second- and third-generation Italians who might be susceptible to Isis propaganda meant authorities instead focused on non-citizens, who could be deported at the first signs of concern. Since January, 135 individuals had been expelled, he said.

Italian authorities also rely on intercepted phone calls, which unlike the UK can be used in evidence in court and – in cases related to mafia and terrorism – can be obtained on the basis of suspicious activity and not solid evidence.Much like the fight against Italian organised crime – the Camorra around Naples, the Cosa Nostra in Sicily, and the ’Ndràngheta in Calabria – infiltrating and disrupting terror networks requires breaking close social and even family relationships.

People suspected of being jihadis are encouraged to break ranks and cooperate with Italian authorities, who use residency permits and other incentives, Galli said. There has been a recognition, too, of the dangers of keeping terror suspects in jail where, much like mafia bosses before them, prison is seen as a prime territory for recruiting and networking.

“I think we have developed experience in how to deal with a criminal network. We have lots of undercover agents who do a great job of intercepting communication,” she said.

While Italian authorities are seen as having broad powers, police do not have special powers to detain terror suspects without charge. Terror suspects may be held for up to four days without charge, just like any other suspect. However, Italy has been criticised by the European Court of human rights for holding defendants too long once they have been charged and are awaiting trial.

Galli said there was no groundswell of concern about whether Italy’s tactics violated civil liberties. The broad use of surveillance – including intercepted communication – is seen as sufficiently targeted to terror and mafia suspects, unlike public criticism in Italy of sweeping data collection methods used in the US and UK.